The 2021 Formula 1 World Championship will resume with its 16th Grand Prix. The 2021 Turkish Grand Prix will be yet another round in the fight for the 2021 World Drivers’ Championship between Mercedes and Red Bull with Lewis Hamilton and Max Verstappen.

After yet another twist in the title battle with Hamilton’s win at Russia and a damage-limitation drive from the Dutchman from last to P2, the Englishman now leads the Drivers’ standings by just two points.

The fight looks as if it will continue to the final stages of the 2021 season, and with seven chapters remaining, any big blow a team can land to its rival might be decisive in the final standings.

Mercedes had somewhat of an upper hand in the last two races, but Red Bull could strike back harshly for the German brand in the Istanbul Park.

Regardless of which team has an advantage of Sunday, if any, we might have a thrilling race at one of the greatest racing circuits in the world.

Hamilton is the WDC leader with 246.5 points against Verstappen’s 244.5. The Dutchman has won seven races so far, while the British driver has five to his name.

The fight behind the title contenders is also getting hot

The last two races were on tracks where cars with good straight-line speed are difficult to overtake, and it definitely helped McLaren, as it was able to win at Monza with Daniel Ricciardo (and arguably would’ve won without Hamilton and Verstappen’s crash). 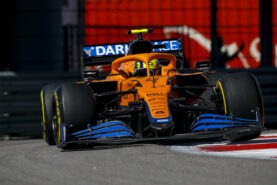 Also, Lando Norris secured Pole Position at Sochi and led most of the race before the rain madness of the last few laps arguably cost him his first-ever GP win and the second consecutive for McLaren. Again, on merit and taking advantage of rivals’ mistakes and choices.

Could McLaren be a factor in the title battle going forward? It might be, as long as the tracks suit the MCL35M. Moreover, McLaren is looking to secure P3 in the World Constructors’ Championship and the financial boost it carries.

While McLaren has had a 1-2 and was on course for a win at Russia or at least a podium, the Scuderia Ferrari (Carlos Sainz and Charles Leclerc) has also maximised in the last few races and is 17.5 points behind in their battle for P3.

Alpine (with Fernando Alonso and Esteban Ocon) and AlphaTauri (Pierre Gasly and Yuki Tsunoda) continue to fight for P5 in the WCC, but the French team now enjoys a bigger gap after AlphaTauri did not score in Russia. Alpine holds P5 with 103 points against AT’s 84.

Aston Martin (Sebastian Vettel and Lance Stroll) remains a bit by themselves on seventh place in the WCC with 59 points. Williams (George Russell and Nicholas Latifi) follows with 23 points in eighth place and has scored points in four of the last five races.

Alfa Romeo (Kimi Raikkonen and Antonio Giovinazzi) and Haas (Mick Schumacher and Nikita Mazepin) close out the Constructors’ standings with seven and no points, respectively. Alfa Romeo extended its advantage over Haas after Raikkonen’s eighth place in Sochi after returning from a two-race absence due to Covid-19.

The 2021 edition of the Turkish Grand Prix will be the ninth Formula 1 World Championship race held at the country. 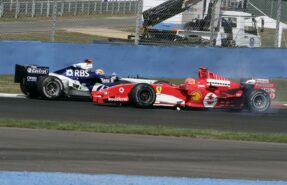 The first-ever Turkish Grand Prix was celebrated in 2005, with Kimi Raikkonen taking the victory for McLaren-Mercedes. The following three Grands Prix were dominated by Ferrari and Felipe Massa, with the Brazilian taking three Pole Positions and three wins in 2006, 2007, and 2008.

Jenson Button won in 2009 for Brawn GP, while Lewis Hamilton gave McLaren the last of their two wins at Turkey before Sebastian Vettel won for Red Bull in 2011.

The race did not return after 2011 due to financial issues between F1, the organisers, and the Turkish government.

However, the Covid-19 pandemic sent F1 back to Turkey as the management of the series was trying to put together the 2020 Formula 1 calendar. The 2020 Turkish Grand Prix was the 14th round of the 2020 championship and saw Lewis Hamilton win the World Drivers’ Championship, being the first time Turkey has seen a WDC sealed and also making it the first track to see the all-time record of WDC wins be tied since Magny Cours in 2002 (when Michael Schumacher tied Juan Manuel Fangio’s then-record of five F1 championships.

The Intercity Istanbul Park is one of the greatest Formula 1 tracks in the world. The 5.338 track was designed by Hermann Tilke and is probably his best circuit.

The circuit is formed by 14 corners, the Istanbul Park has one of the best corners in the Formula 1 calendar, the triple apex Turn 8, which will surely give us unique images of the 2021 Formula 1 cars going at full speed, something we did not really get to see during last year’s race with the little grip of the surface of the track.

The track saw Felipe Massa take his first-ever Grand Prix win in 2006 for Ferrari, and the Brazilian went on to dominate in 2007 and 2008.

Also, the 2010 edition of the GP is highly remembered after the Red Bull drivers, Sebastian Vettel and Mark Webber, collided while fighting for the lead, turning a Red Bull 1-2 into a McLaren 1-2 led by Hamilton, ahead of his then teammate Jenson Button.

Hamilton won in the return of Formula 1 to Turkey in 2020, sealing his seventh Formula 1 World Championship with a magnificent drive on the wet from P6. Lance Stroll, for Racing Point, had started from Pole Positions under wet conditions, while his teammate Sergio Pérex and Sebastian Vettel were on the podium (it was Vettel’s final podium for Ferrari).

The lap records at the Istanbul Park were established by Juan Pablo Montoya, driving for McLaren in 2005, with a 1:24.770 min lap for McLaren.

The dry tyres for the 2021 Turkish Grand Prix will be the C2 as P Zero White hard, C3 as P Zero Yellow Medium, and C4 as P Zero Red soft.

Pirelli explained their choice to go with the hardest option with a statement in a press release: “This is one step softer than the nomination made for the Turkish Grand Prix last year, which was held in November after a nine-year absence from the calendar.

The decision to go one step softer is based on the data collected last year, which demonstrated a track with average levels of abrasion and low grip, resulting in an extremely slippery surface that nonetheless showed rapid track evolution. 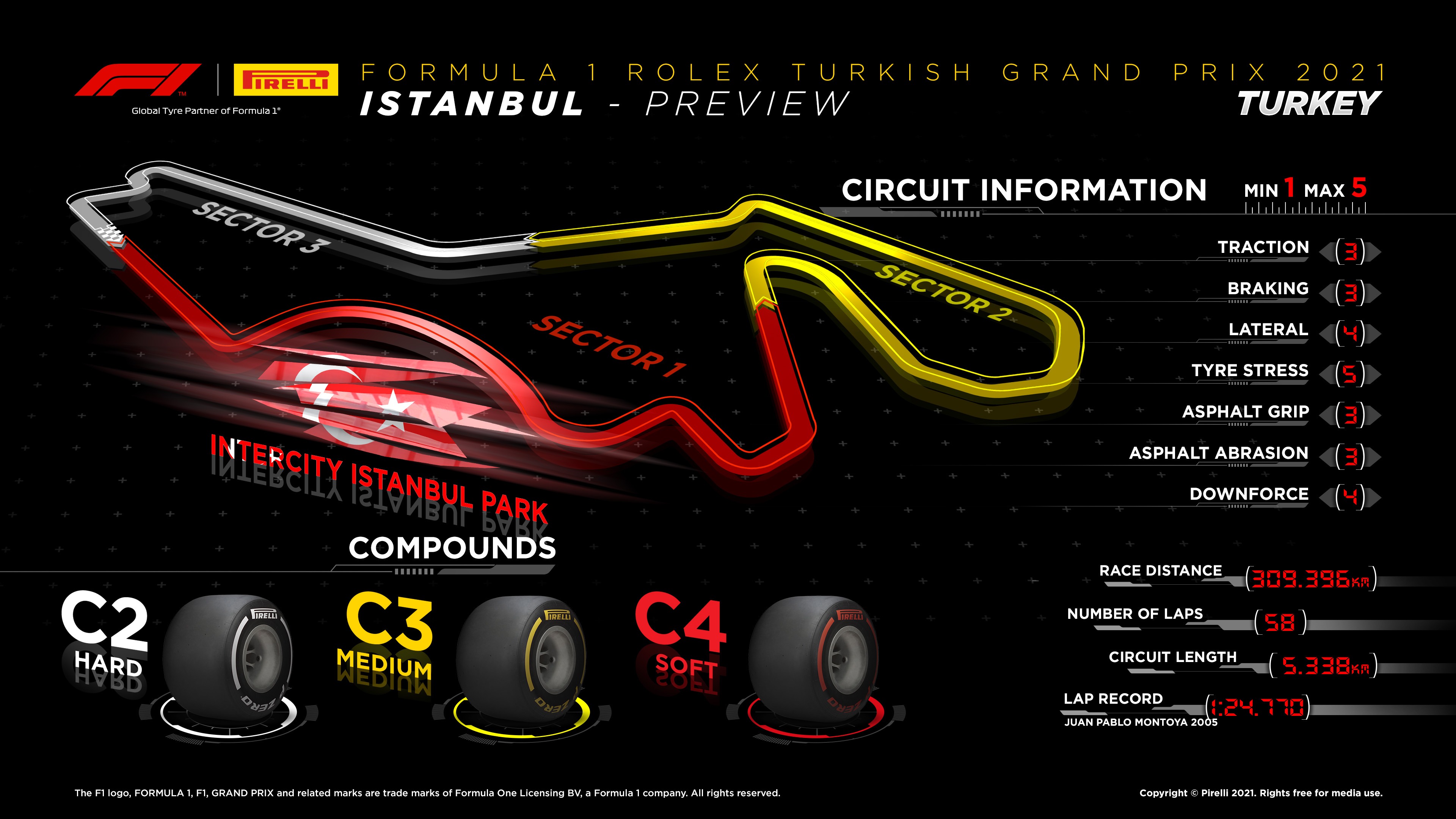 The track was entirely re-asphalted just prior to the Turkish Grand Prix last year. Since then, the asphalt may have matured slightly and it’s also been completely cleaned with a high-pressure water jet. So this year drivers should benefit from better grip as a consequence of the softer compounds, higher asphalt roughness, and the likelihood of higher temperatures compared to last year.”

Pirelli’s head of F1 and car racing, Mario Isola, also gave his thoughts about the upcoming 2021 Turkish Grand Prix: “Turkey was one of the most dramatic and unpredictable races of last season, mostly due to a very slippery track as a consequence of low grip from the new asphalt. The slipperiness of the circuit, exacerbated by the rain, caught many people by surprise, and that’s why this year we’ve opted for a softer tyre nomination, also with the race taking place more than a month earlier, which should result in higher temperatures.

Following our tyre nomination, the track has undergone a high-pressure water cleaning process, which should lead to greater roughness and more grip, so there’s also the possibility that with softer compounds we will face higher wear levels compared to last year. That’s something we will only find out when we get there, so the work done in free practice will be very useful. Because everything was so new last year, we took the conservative option of coming with the hardest tyres. Going a step softer this weekend will probably open up the possibility of a few different strategies as well.”

Who will be on the 2021 Turkish Grand Prix podium?

Maybe we’re due to have a normal race after some crazy results seen in the last couple of Grands Prix. However, the weather for the upcoming weekend might throw another curve-ball at the Formula 1 grid, and with the biggest chance of rain expected on Saturday, we could see yet another mixed starting grid for Sunday’s race. 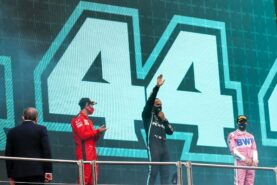 Last year, we saw a mixed grid for the 2020 Turkish Grand Prix after the slippery track surface and the weather changed everything.

For the 2021 event, the asphalt has been taken care of by the Turkish organisers and the issues seen last year, even in the dry, might not be the same in 2021. However, there might be rain throughout the weekend and the title battle could get even more spectacular than it has been throughout the season.

The track could be favourable for Red Bull’s car and its speed through corners, but the weather could change many things. However, Max Verstappen could be poised to strike back in the WDC fight and regain the championship lead. Moreover, the whole Red Bull team could be set to land a big punch to Mercedes, and Sergio Péres could recreate his success at Turkey from 2020.

Oct.21 - Las Vegas, the fabled casino capital of the US, could be the next host to be added...
Advertisment