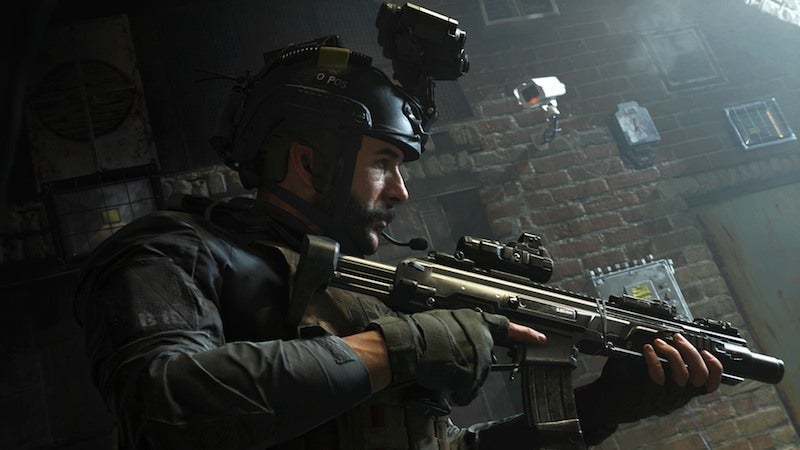 Activision Blizzard is currently facing serious ongoing allegations of harassment and mistreatment of marginalized workers. To learn more, please visit our timeline as well as our in-depth report on the subject.

Industry insider Tom Henderson tweeted that Call of Duty 2022, codenamed Project Cortez, is expected to be a sequel to 2019’s Modern Warfare reboot.

It looks like Call of Duty: 2022 is codenamed Project Cortez

It’s expected to be a sequel to Modern Warfare 2019.

VGC also reports that Modern Warfare 2 is on the way next year and that it will include a campaign featuring U.S. special forces fighting Colombian drug cartels. Project Cortez was part of this week’s GeForce Now datamine, with Infinity Ward slated to be the developer.

Have you played Call of Duty: Modern Warfare?

In IGN’s Modern Warfare 2019 review, we called the game “great,” saying, “Modern Warfare’s gorgeous new Realism mode, the large-scale Ground War, and quick and dirty Gunfight help mix things up for a good time.” It would make sense for the series to follow up the 2019 reboot since Modern Warfare broke multiple sales records at the time of its release.

This year, it’s Sledgehammer Games’ turn to release the new Call of Duty, with Call of Duty: Vanguard set to come to PS5, Xbox Series X|S, PS4, Xbox One, and PC on November 4. For more, check out our Call of Duty Vanguard multiplayer beta impressions. Or, read about how Call of Duty banned 100,000 accounts in a single day.

Logan Plant is a freelance writer for IGN. You can find him on Twitter @LoganJPlant.

‘I feel a bit rusty’: Has Covid killed our sex lives? | Sex

This year was meant to be a replay of the roaring 20s, your hot girl or boy summer. We’d...
Read

Wolverine, Suicide Squad, And The League Of Upcoming Superhero Games

‘I feel a bit rusty’: Has Covid killed our sex lives? | Sex

This year was meant to be a replay of the roaring 20s, your hot girl or boy summer. We’d be hedonistic, bacchanalian and,...