Why F1 is ready to act on sprint race criticisms


The first sprint qualifying event at the British Grand Prix was generally viewed as a big success, even though some notable gripes were aired afterwards.

It is this very discovery of what’s good, and what doesn’t work, that is the reason the experiments are taking place this year.

For Ross Brawn, F1’s managing director of motorsports, this weekend’s second outing at Monza will be a good opportunity to properly evaluate whether Silverstone’s good and bad points were blips or a trend.

Speaking in an exclusive interview with Autosport about F1’s findings from the first sprint race, Brawn said that feedback as a whole had been positive – despite clear areas that could be made better.

“Obviously there was the novelty of a first event, so we need to carry through on the second and third events to reach a full conclusion,” he explained.

“But there’s certainly nothing from the first event that hasn’t strengthened our conviction that there is room for a grand slam format, at a small number of races each year.

“There’s things we can improve on and polish, but I think overall we’re very pleased.” 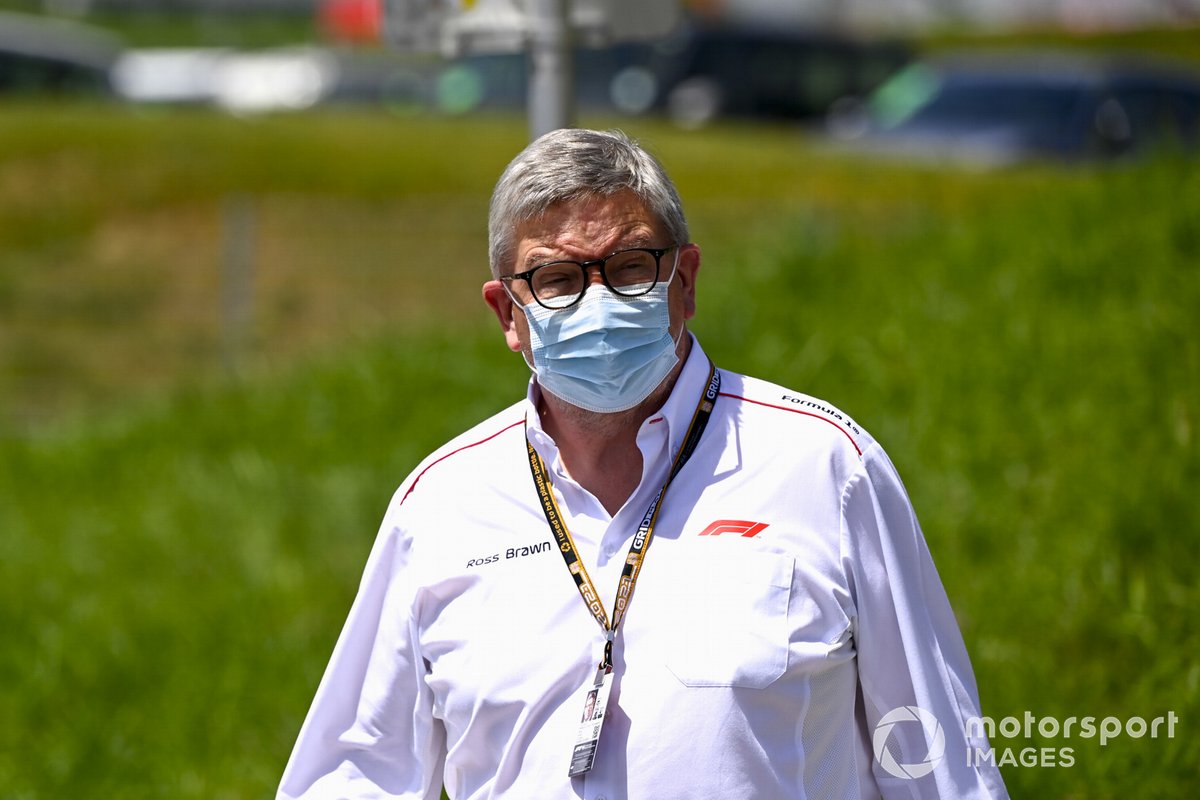 While happy with the first Silverstone trial, and especially the way the Friday was improved so much, Brawn is well aware that there was some kickback about certain aspects of how the format worked.

Perhaps the biggest gripe of all – and one shared with fans, drivers and teams – was that pole position for the British GP was awarded to the sprint race winner rather than the fastest man in qualifying.

PLUS: Why F1’s pole records could be about to become meaningless

It’s something that Brawn says needs to be addressed.

There were other minor gripes too, such as the way that FP2 lacked drama because it was a session that didn’t mean much to fans.

“On FP2, I think we just need to make more of it,” he said. “It’s almost like every session was meaningful, so when we had one that was just merely practice, everyone was moaning!

“The teams initially said with FP2 that they were not sure how useful it would be. But they actually did more laps in FP2 than they would normally do. So we’ve got to work out ways of bringing that across.

“The alternative is just to have a Saturday afternoon, or early Saturday evening, sprint. But we’ve got to think of the promoters as well. 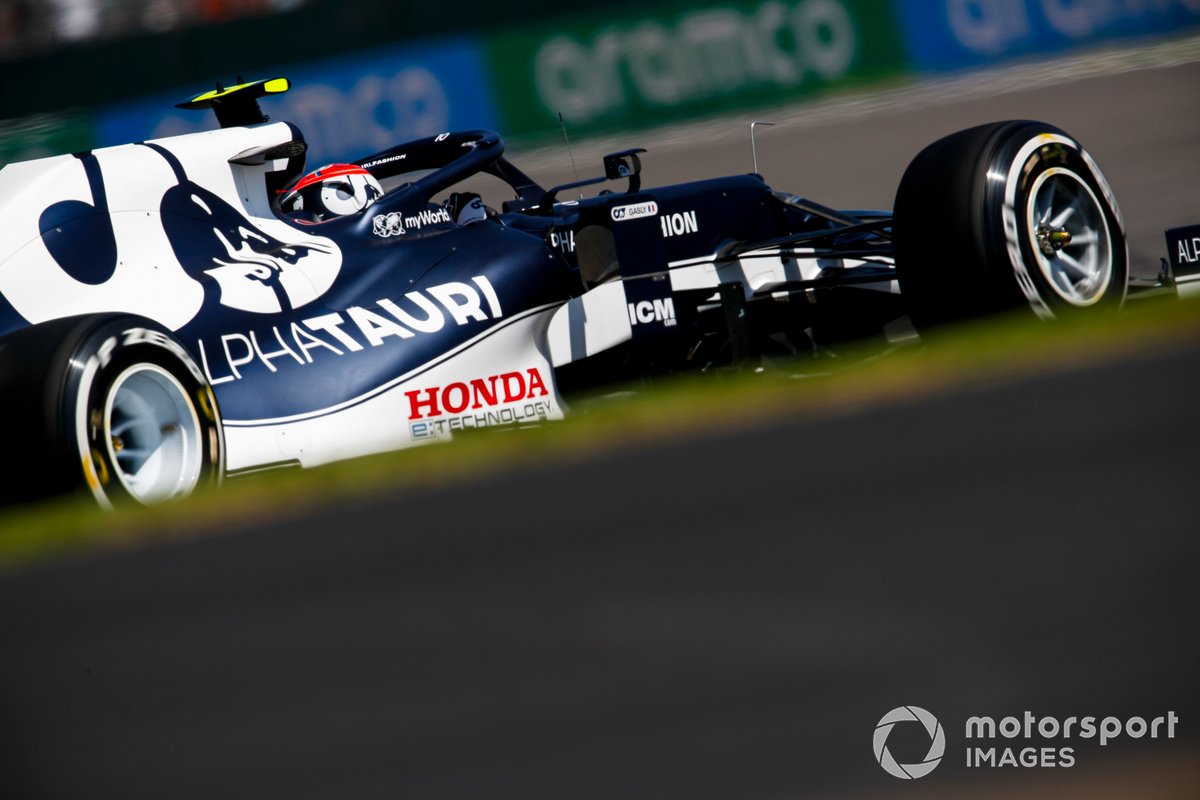 “They want to get the crowds in, and they want to fill the place as early as possible. So FP2 is another opportunity to see cars running. We need to think through how we can maximise that value.”

One suggestion that gained traction was for F1 to go a bit old-school, and just rename final practice the ‘warm up’ as the sport had many decades ago.

Put to Brawn, he said: “Yeah, that’s something I hadn’t thought of.

“But you’re right, I mean the warm up was a bit of an event in its own right. You started to get a feel for where people are and they’re running fuel. We will take that on board.”

Brawn is also well aware that some people got annoyed with the obsession by the sport’s chiefs in not calling the sprint race a ‘race’.

“In terms of the name it is a little difficult,” he acknowledged.

“But you’re right, everyone lapses into calling it a race. So we need to sort that out.

“That’s something we have to discuss with the FIA because they have the last say in this. We’ll get together with them after the events, and see what we can do.” 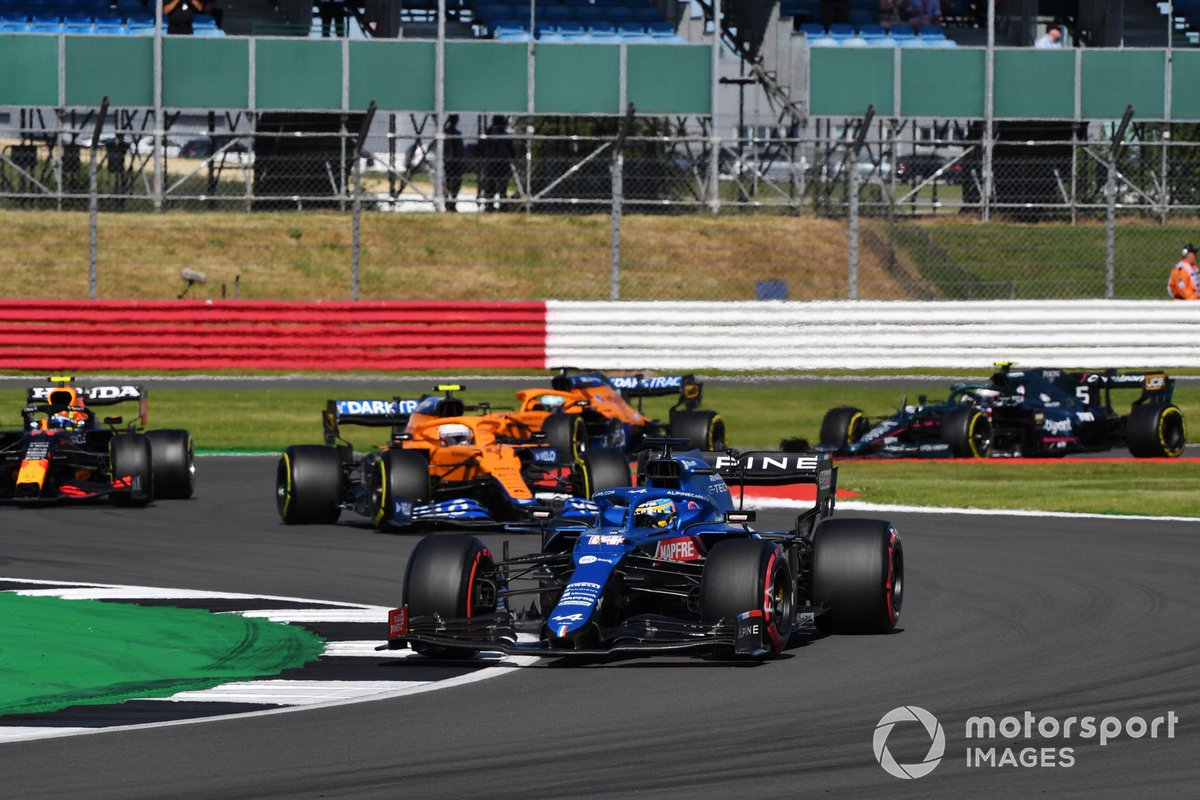 Alonso injected action into the sprint with his contra tyre choice

The first sprint qualifying race at Silverstone delivered its fair share of drama, with some fraught action on the opening laps and some decent battles in the midfield.

But there was little doubt that the spectacle as a whole was saved by Fernando Alonso and Alpine opting for an alternative tyre strategy to most other people.

That helped catapult the Spaniard up the field at the start and then put him in a position of needing to valiantly hold on for as long as possible to nurse his rubber home.

It did not go amiss for many that had Alonso also been on the more conservative rubber, then there may have been a distinct lack of action in the sprint.

It’s something that Brawn is aware of, and is one of the reasons why he thinks it essential F1 waits until its three trials are over before it ponders how best to take the sprint idea forward.

“It’s why we’re interested to see what happens at Monza,” he said. “Obviously Monza is a different track and potentially has more overtaking than Silverstone.

“But Monza is a challenging track to overtake, particularly when you would expect everyone to fundamentally be on the same tyres, and certainly with no tyre stops.

“Fernando helped it [at Silverstone] a great deal, but that’s the sort of thing one would imagine is going to happen: that people will realise these opportunities exist.

“They might get a bit more aggressive and might take a bit more of a chance, but that’s why we need these three events to make a reasonable assessment. 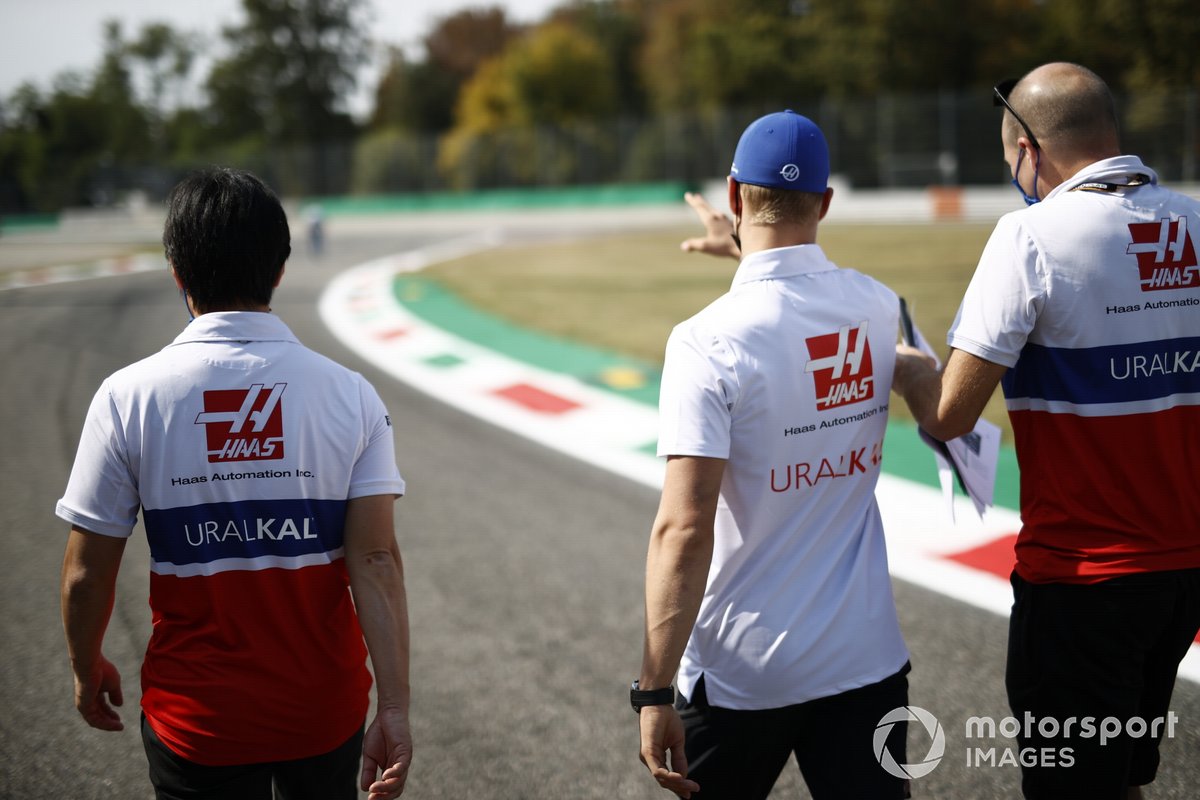 F1 is clear that it wants the three sprint race experiments at Silverstone, Monza and Interlagos to play out before it gets serious with teams and the FIA about pushing the format forward.

PLUS: Why it’s too early to call F1’s sprint race a success

As revealed earlier today, one idea being considered for 2022 is to make the sprints more standalone events – so they do not decide the grid for Sunday’s grand prix.

Should they go forward, then F1 could have as many as one-third of its events running a sprint.

“What we’ve got to think through is do we want the concept of a grand slam event where this occurs? And how do we determine when a sprint should take place and how often?” added Brawn.

“Could it evolve to be every race, or should it be a special feature, where fans can look forward to this race being a little bit different to all the others? Is that mix more appealing than having it constant?

“I think it’s more appealing. But that’s an open point, and certainly we wouldn’t want to go straight into a blanket coverage, because I think there’ll be another evolution of this format for next year and we need to make sure that works.

“If you have a sequential format [where the sprint result decides the grid], then places like Monaco are going to be very difficult.

“If you have more of a standalone format, then perhaps it can be more flexible on where we have the races. That will have an influence.” 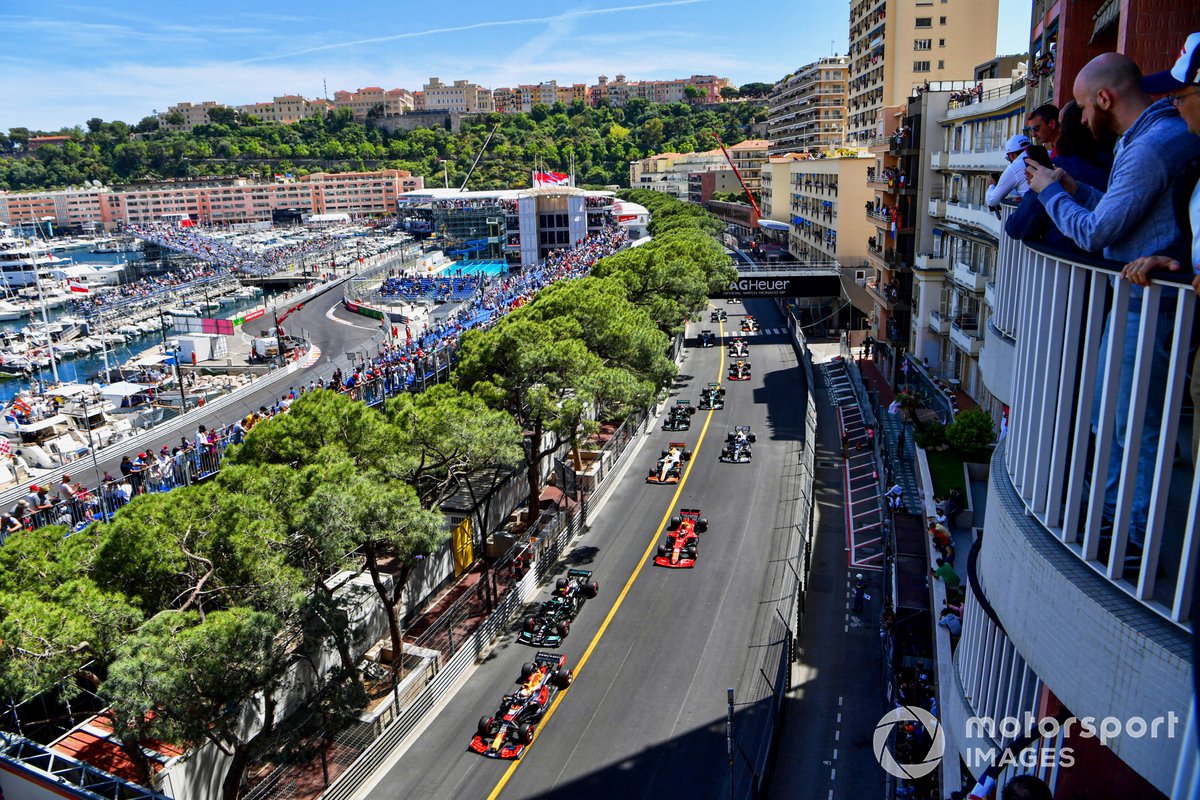 Running sprints everywhere may detract from their novelty value

One of the chief considerations for F1 will be in seeing a positive commercial benefit from the sprints – either through increased race hosting fees or a booming interest which can ramp up sponsorship deals or TV rights income.

As teams face added costs due to the sprint race format, there is little incentive for F1 to persevere if it actually ends up costing more money.

He added: “We have got the whole financial system to review because the teams will incur extra costs for sprint events.

“They’ve got a Friday that they can invite people to, that’s really meaningful. So there’s quite a juggling act to do that. But yeah, we haven’t heard a promoter who thinks it’s a bad idea.” 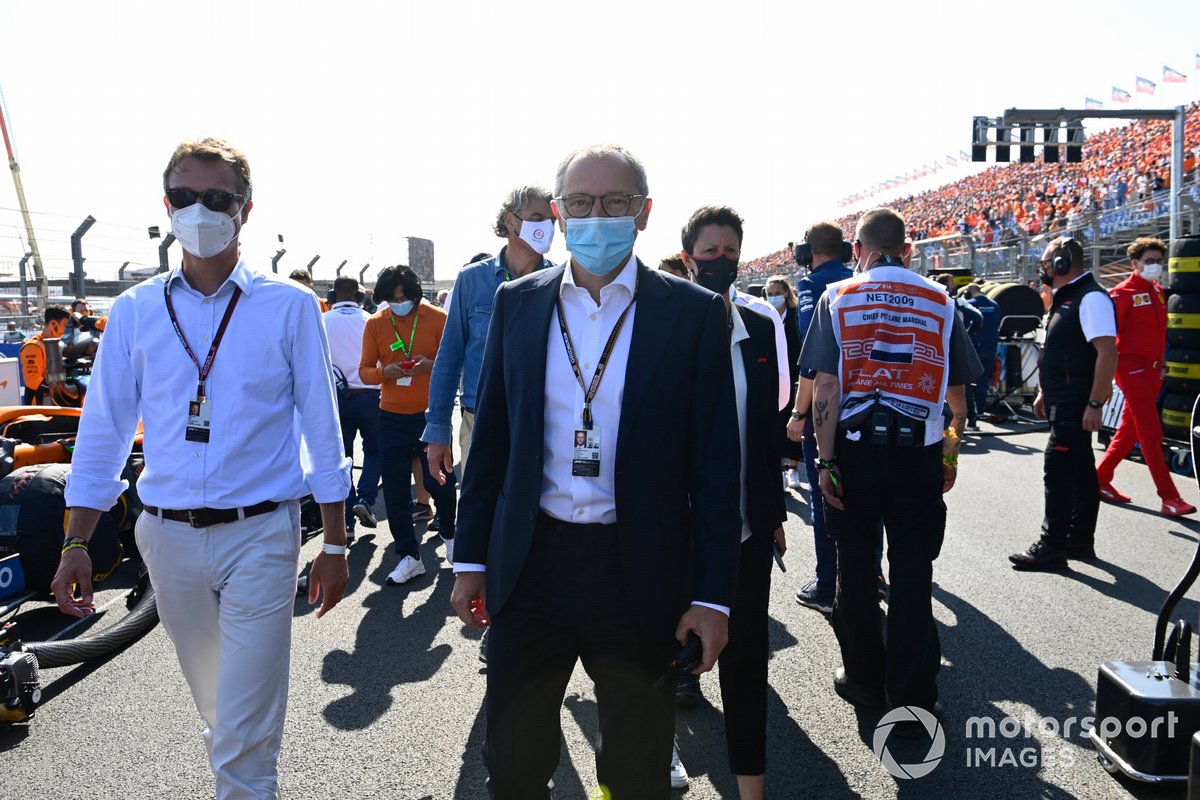 So far, so good then for sprint races. But if Monza and Brazil do not deliver, it is certainly not a given the idea will be carried forward.

However, Brawn expects what will play out over the next two sprint events will be something that F1 can work with.

“I’d be extremely disappointed if we couldn’t continue, but we have to make sure it’s justified and we can demonstrate its value.” 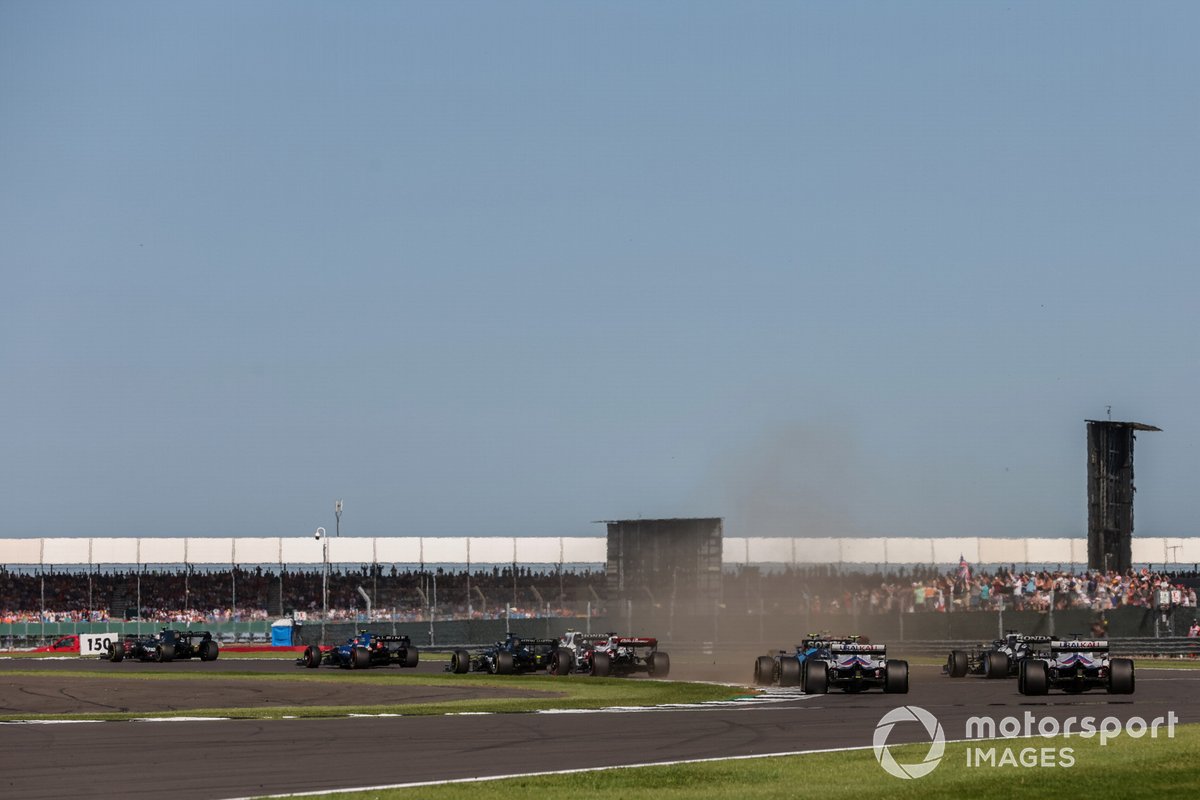 It’s not every week development ends on one of the biggest games ever released. This week saw the historic inclusion...
Read
Formula E

F1’s American owner Liberty Media has made a big push to expand the sport's presence in North America...
Read
Skiing

Sorry to be the bearer of bad news this afternoon (see what I did there?), but there are some really...
Read

F1’s American owner Liberty Media has made a big push to expand the sport's presence in North America...
Advertisment

It’s not every week development ends on one of the biggest games ever released. This week saw the historic inclusion of Kingdom Hearts hero...

F1’s American owner Liberty Media has made a big push to expand the sport's presence in North America since coming on board...

Sorry to be the bearer of bad news this afternoon (see what I did there?), but there are some really ignorant people out there. You...

F1’s American owner Liberty Media has made a big push to expand the sport's presence in North America since coming on board...
Read more

F1’s American owner Liberty Media has made a big push to expand the sport's presence in North America since coming on board...
Read more