Sign up to myFT Daily Digest to be the first to know about Cryptocurrencies news.

Coinbase’s revenue rose more than 1,000 per cent year-on-year in the second quarter of 2021 as cryptocurrency markets experienced some of their wildest swings, although the exchange warned of declining volatility as it lowered expectations for the year ahead.

In its second quarterly results since becoming the first big US cryptocurrency exchange to go public in April, Coinbase posted net revenue of $2.03bn, up 27 per cent from the previous quarter and 1,042 per cent year-on year. Net income rose to $1.6bn from $32m in the same period last year.

Profits surpassed those of the largest, most established exchange operators including CME Group of Chicago, which reported $510m in net income on $1.2bn in revenue in its second quarter, and Intercontinental Exchange, which earned $1.3bn — a sum that included a gain from divesting its stake in Coinbase.

The bumper Coinbase results, which beat analyst expectations, came as speculators continued to bet feverishly on volatile crypto markets, with the prices of digital assets including bitcoin and ethereum hitting highs earlier in the quarter before declining dramatically, only to swell again.

Coinbase said the number of retail monthly transacting users, or MTUs — retail traders who trade at least once a month — topped 8.8m in the three months to the end of June, up 44 per cent from the first quarter.

But it warned that MTUs and trading volume had already dropped in July, as “volatility declined significantly relative to Q2 levels”, while August levels also remained “lower than earlier in the year”.

In a sign of the unpredictable nature of the market, the exchange lowered the top end of its estimates for the average annual user figures from 9m MTUs to 8m MTUs.

Brian Armstrong, Coinbase chief executive, said that in future the exchange planned to list more digital assets, having initially been more hesitant than its offshore rivals due to regulatory concerns.

“We really want to be the Amazon of assets,” he said on Tuesday on a call with investors, adding the company had listed 22 new digital currencies in the second quarter — more than during the entirety of 2020.

The company is also exploring ways to support so-called decentralised finance — or DeFi — on the platform, a nascent but fast-growing market for financial products denominated in cryptocurrencies that cut out traditional intermediaries.

“We believe the products that the most crypto-forward people are using today such as DeFi will be used by mainstream customers soon, and by institutions soon after that,” Coinbase wrote in a letter to shareholders.

Coinbase shares rose about 2 per cent in after-hours trading to $274.59. 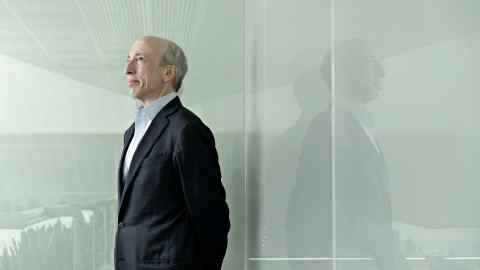 The news comes as concerns in the cryptocurrency sector have increased over the Biden administration’s $1tn infrastructure bill, which passed in the Senate on Tuesday and would require stringent crypto tax reporting requirements.

However, Alesia Haas, Coinbase’s chief financial officer, said that were the legislation to be enacted, it would not be an “existential threat” to the business.

“We’ve been advocating that we need to bring tax reporting to players like Coinbase because we consider ourselves a centralised exchange,” she said. However, she warned that such rules, if not carefully written, could “stifle innovation in cryptocurrency” more widely.

Previous articleHospitals fill in Texas, Mississippi due to COVID-19
Next articlePave gets Y Combinator to back better startup compensation tools, again – TechCrunch

According to the brand, Atelier Cologne fragrances combine the freshness of a cologne...
Read
Technology

The UK has secured major orders of two promising Covid-19 antiviral pills as part of a plan to deploy...
Read

According to the brand, Atelier Cologne fragrances combine the freshness of a cologne with the power of...

As Alorica’s chief culture officer, Joyce Lee oversees the development and execution of programs, activities and events that keep 100,000+ employees engaged and...

The UK has secured major orders of two promising Covid-19 antiviral pills as part of a plan to deploy the treatments among elderly...