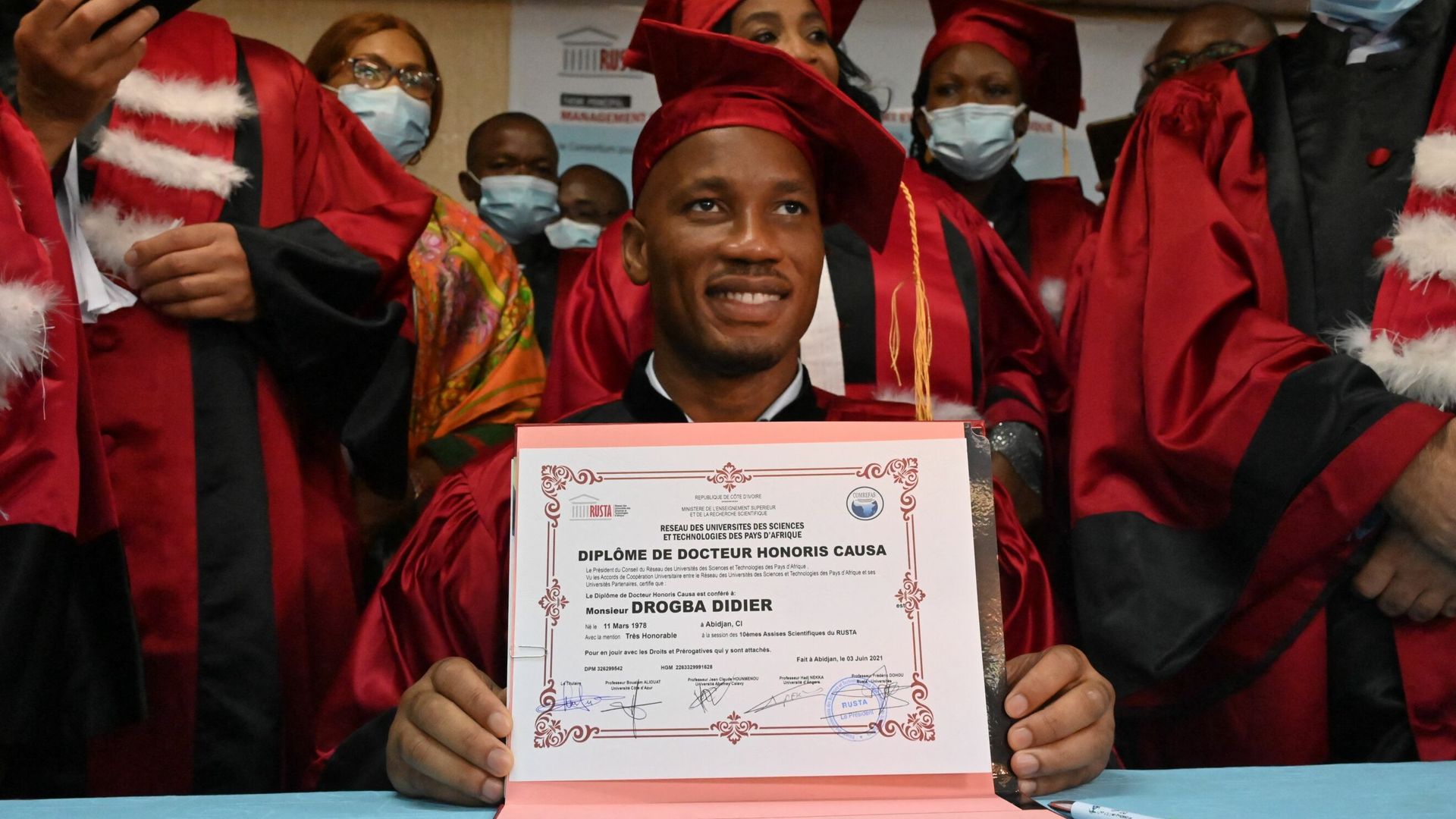 Didier Drogba has been awarded an honorary degree by an Ivory Coast university for his charitable work in the country, alongside his footballing contributions.

The 43-year-old, who is Chelsea’s fourth-highest goalscorer of all-time with 164 goals in 381 appearances, not only led the Ivory Coast to three World Cups but played a vital role in the peace process in the West African nation.

One of his most notable acts came in 2005, after the Ivory Coast beat Sudan to qualify for the 2006 World Cup. Amid civil war, Drogba invited TV cameras into the team’s changing room after the game and made a speech begging his country to end the conflict. This led to a ceasefire after years of violence.

In 2007, Drogba was appointed a Goodwill Ambassador for the United Nations Development Programme and in 2009, he donated £3m of his endorsement with Pepsi for a hospital to be built in his hometown of Abidjan.

Last year Drogba was hailed as a “pioneer” by UEFA president Aleksander Ceferin as he was selected to receive the 2020 UEFA President’s Award.

Ceferin said the Ivory Coast’s all-time leading scorer joined players such as George Weah and Samuel Eto’o to: “blaze a trail for African footballers and give inspiration to a whole new generation to look to follow in their footsteps.”

Drogba’s work was recognised by the Network of Universities of Science and Technology of the Countries of Africa south of the Sahara (RUSTA) in the form of an honorary degree.

At the Spa wins the Fasig-Tipton Debutante Stakes at Santa Anita Park. ...
Read

Russell finished Sunday’s Hungarian Grand Prix in eighth place to score his first points for Williams since making his F1 debut for...

At the Spa wins the Fasig-Tipton Debutante Stakes at Santa Anita Park. ...