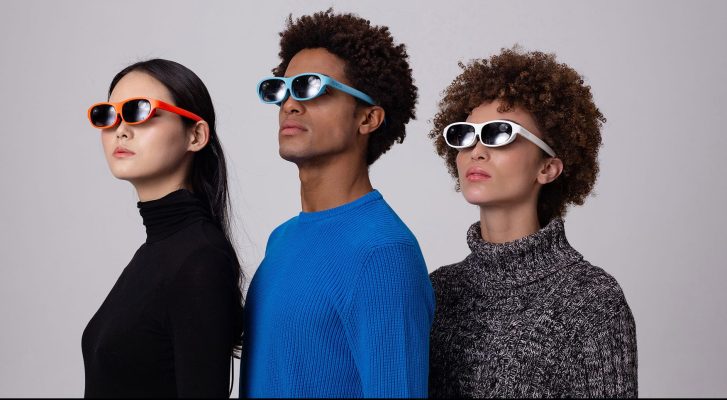 Nreal, one of the most-watched mixed reality startups in China, just secured $40 million from a group of high-profile investors in a Series B round that could potentially bring more adoption to its portable augmented headsets.

Kuaishou, the archrival to TikTok’s Chinese version Douyin, led the round, marking yet another video platform to establish links with Nreal following existing investor iQiyi, China’s own Netflix. Like other major video streaming sites around the world, Kuaishou and iQiyi have dabbled in making augmented reality content, and securing a hardware partner will no doubt be instrumental to their early experiments.

That’s not it. In early 2019, Nreal brought onboard Xiaomi founder’s venture fund Shunwei Capital for its $15 million Series A funding. As I wrote at the time, AR, VR, MR, XR — whichever marketing coinage you prefer — will certainly be a key piece in Xiaomi’s Internet of Things empire. It’s not hard to see the phone titan sourcing smart glasses from Nreal down the road.

The other key partner of Nreal, a three-year-old company, is Qualcomm. The chipmaker has played an active part in China’s 5G rollout, powering major Chinese phone makers’ next-gen handsets. It supplies Nreal with its Snapdragon processors, allowing the startup’s lightweight mixed reality glasses to easily plug into an Android phone.

“Its closer partnership with Qualcomm will allow it to access Qualcomm’s network of customers including telecoms companies,” Seewan Toong, an industry consultant on AR and VR, told TechCrunch.

The latest round brings Nreal’s total raise to more than $70 million and will accelerate mass adoption of its mixed reality technology in the 5G era, the company said.

It remains to be seen how Nreal will live up to its promise, secure users at scale, and move beyond being a mere poster child for tech giants’ mixed reality ambitions. So far its deals with big telcos are in a way reminiscent of that of Magic Leap, which has been in a legal spat with Nreal, though the Chinese company appears to burn through less cash so far. The troubled American company is currently pivoting to relying on enterprise customers after failing to crack the consumer market.

“Nreal is patient and not in a rush to show they can start selling high volume. It’s trying to prove that there’s a user scenario for its technology,” said Toong.

“It’s time for Larry Fink to come clean about fossil fuels” – Watts Up With That?

“It’s time for Larry Fink to come clean about fossil fuels” – Watts Up With That?