Sep.16 – NASCAR might dominate the American market but true racing aficionados know that Formula One is the ultimate in racing. For many years, it seemed as if America was dominated by NASCAR and Europe by Formula One, and the rest of the world was left hanging. With 13 of this season’s 23 Grands Prix taking place outside of Europe, however, it appears that Formula One has won over Asia and South America. Now is a great time to take a look at how the sport has grown from its small European roots to the worldwide popularity it enjoys today.

Formula One racing began in the post-WWII era, though the exact date of the first Grand Prix is contested. It is safe to say that the sport truly began in earnest in 1947. In the earliest years, regulations for cars were based on engine capacity, which allowed non-supercharged 4.5-litre cars to race against 1.5-litre supercharged cars. The 1950s were dominated by the Italian manufacturers, with Alfa Romeo and Ferrari leading in engine innovations in the first half of the decade. The second half of the 1950s saw the rise of Mercedes-Benz but they quickly pulled out after the horrific 1955 crash at Le Mans. 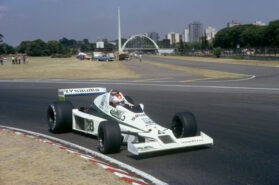 Engine and transmission improvements were constantly being made over the next two decades, allowing the cars to become faster and lighter and to have better weight distribution. It was in the 1970s that the Formula One cars began to resemble those that we know today – minus many of the safety features, of course.

The most important development in recent years was the introduction of the halo in 2018. This is a three-pronged bar over the driver’s head that deflects large pieces of debris. Though initially controversial because some thought that it ruined the aesthetics of the cars, all scepticism about the halo was erased by how it saved Romain Grosjean’s life in his nightmarish crash at the Bahrain Grand Prix in 2020. Seeing Grosjean emerge from the dramatic crash with only minor injuries convinced everyone that this safety feature was essential.

It is difficult to find exact details on betting on Formula One racing in its early days but we can generally assume that as an exciting and dangerous sport, there had to have been a betting market. This is an even safer assumption when you consider that some of the earliest and most famous Grands Prix were held in countries that are considered gambling destinations, most notably Monaco. Being able to place bets on races helps fans to connect with the sport and contributed to its growth into new markets. Today, there are a variety of sportsbooks and betting guides to help would-be bettors figure out where to place their money. Betsson odds is one such example.

Changes to regulations now allow there to be up to 25 Grands Prix in a single season – a big jump from the original seven. The growth has been slow but steady and now includes both day and night races on four continents. Over the course of Formula One’s history, Grands Prix have been held on 73 different circuits. The Autodromo Nazionale Monza has the honour of having hosted the most races, being used every year from 1950-2020, except for 1980. The newest circuit, added in 2020, is the Algarve International Circuit, which is now the home of the Portuguese Grand Prix. 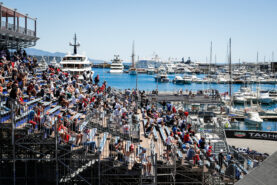 Spectators & fans on the grandstands during the Monaco GP

One of the biggest factors that sets Formula One apart from other forms of auto racing is that throughout its history there has always been a combination of race and street circuits. The most famous of the street circuits is the Circuit de Monaco, a 3.337km loop through the winding, hilly seaside streets of the little principality. First raced in 1929, the circuit has changed little in the last century and remains one of the most challenging circuits in Formula One history.

Out of the original seven Grands Prix, only one was held outside of Europe – the Indianapolis 500. The first Indianapolis 500 was held in 1911 and for the first three decades of its existence, the majority of cars and drivers were Americans. In the 1940s and 50s this began to change. Today, the Indianapolis 500 is considered a part of the Triple Crown of Motorsport, alongside the 24 Hours of Le Mans and the Monaco Grand Prix. Though not technically a part of the Formula One World Championship since 1960, it has long attracted the most talented drivers from around the world.

Featured Image: Courtesy of Mt. Bachelor When it...
Read
Fashion

Opinions vary when it comes to how essential primers are to...
Read
Technology

Pinterest has been trying to reposition its business as a home to creators, not just a shopping inspiration site....
Read

Acura held a regular presence in F1 at its North American races through the 1980s and 1990s, and...
Advertisment

Featured Image: Courtesy of Mt. Bachelor When it comes to skiing, accessibility...

Opinions vary when it comes to how essential primers are to a makeup routine. We've...

Pinterest has been trying to reposition its business as a home to creators, not just a shopping inspiration site. Today, the company revealed...