Xisco Munoz has issued a warning to his Watford side after they suffered their first loss of the season at the hands of Brighton.

Watford were riding high after their opening game win over Aston Villa. But having travelled south for the late kick-off, they were brought back down to Earth. The Seagulls hit them with a sucker punch 10 minutes in as Shane Duffy rose high and powered in a header.

Munoz’s side didn’t offer much in response to going behind and his attackers were largely kept quiet by the Brighton backline.

The Hornets went on to concede again in the first half. Some loose defending allowed Yves Bissouma to play in Neil Maupay, who doubled his side’s advantage.

The second half saw Watford register their only shot on target of the game. Despite that, Munoz felt they were much improved after the break.

Speaking to Sky Sports, he said: “In the second half I think the team gave a very good performance. We need to learn quickly about the Premier League.

“Sometimes this happens in football. We need to stay narrow sometimes. We’ve had a hard start but we need to continue like this, giving the maximum. In the Premier League if you make one mistake, you have a problem.

“We need to understand the mistakes. For me it’s normal. That’s not the problem, the problem is we need to learn about the first half.

“The most important thing for me is the reaction from the guys [at half-time]. We need to learn and prepare for the next game.” 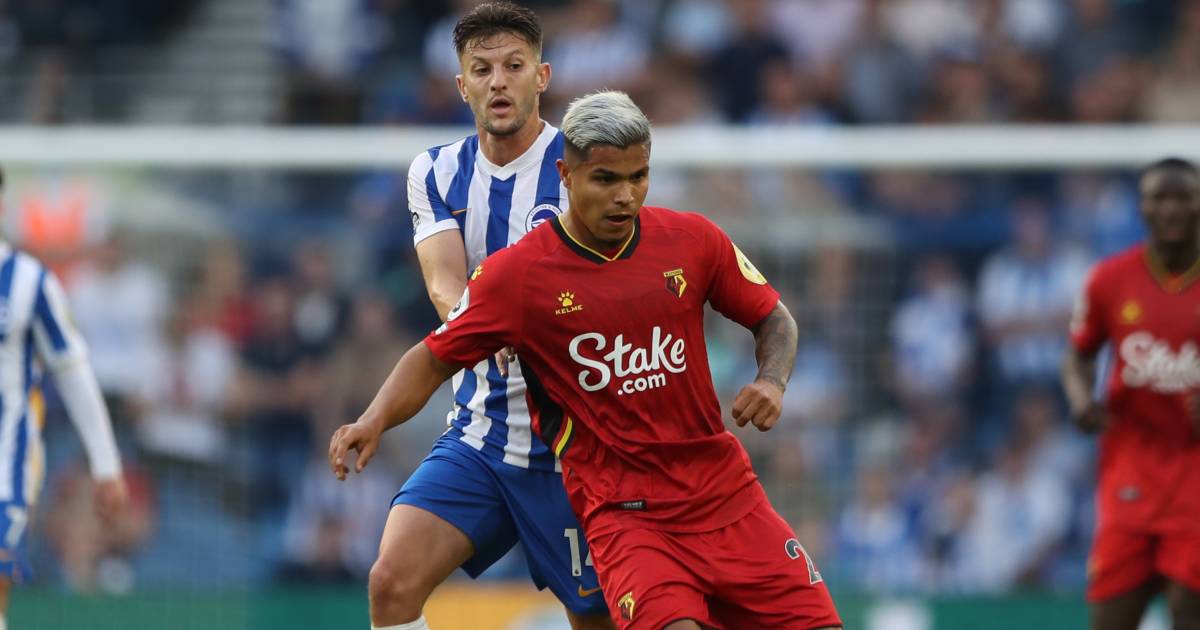 It might have been a reality check for the Hornets and their fans, but Munoz was quick to reassure them that they will bounce back from it.

He added: “Everybody knows the Premier League is the best league in the world. It’s important everybody stays together.

“I promise you we’re working very, very hard. It’s one step back, but we have to try to make two steps forward.”

Meanwhile, Watford’s latest signing may have found an out of favour Tottenham star his next club.

Spurs midfielder Moussa Sissoko has been searching for exactly that in recent weeks. That’s because he’s been told by Nuno Espirito Santo he would not be used regularly by him.

The France international had been struggling to find a suitable suitor. But now it seems the Hornets have opened a door for him.

According to Turkish outlet Fotomac, Fenerbahce want Sissoko to come in as Ozan Tufan’s replacement. Tufan joined Munoz’s side on Thursday on a season-long loan.

READ MORE: Merson issues Man City Kane warning; ‘they won’t get away with it’

Welcome to Music Business Worldwide’s weekly round-up – where we make sure you caught the five biggest stories to hit our...
Read
Covid 19

Welcome to Music Business Worldwide’s weekly round-up – where we make sure you caught the five biggest stories to hit our headlines over the past...