Resiliency and Engaging Again With the World – WWD


Neiman Marcus today launches its fall campaign, titled “Reintroduce Yourself,” with storytelling, new designers and an optimism that plays counterpoint to a world still grappling with the pandemic — though in some ways returning to normalcy.

“This is a full, 360-degree campaign, bigger than any one we have done for quite for some time. It’s quite robust,” Daz McColl, Neiman’s chief marketing officer, told WWD.

The campaign includes multimedia print and digital advertising, native content, social media, in-store visuals, a video and events. Story lines cheerfully revolve around being reintroduced to the workplace, spending evenings out and making grand entrances, McColl said. “There’s a whole number of stories representative of different ways people are moving back into the world, with style. The emphasis is on new designers and must-haves for the season.” The campaign features almost 100 brands, including about 40 luxury and emerging brands new to the store in women’s, men’s, children’s, home and beauty. 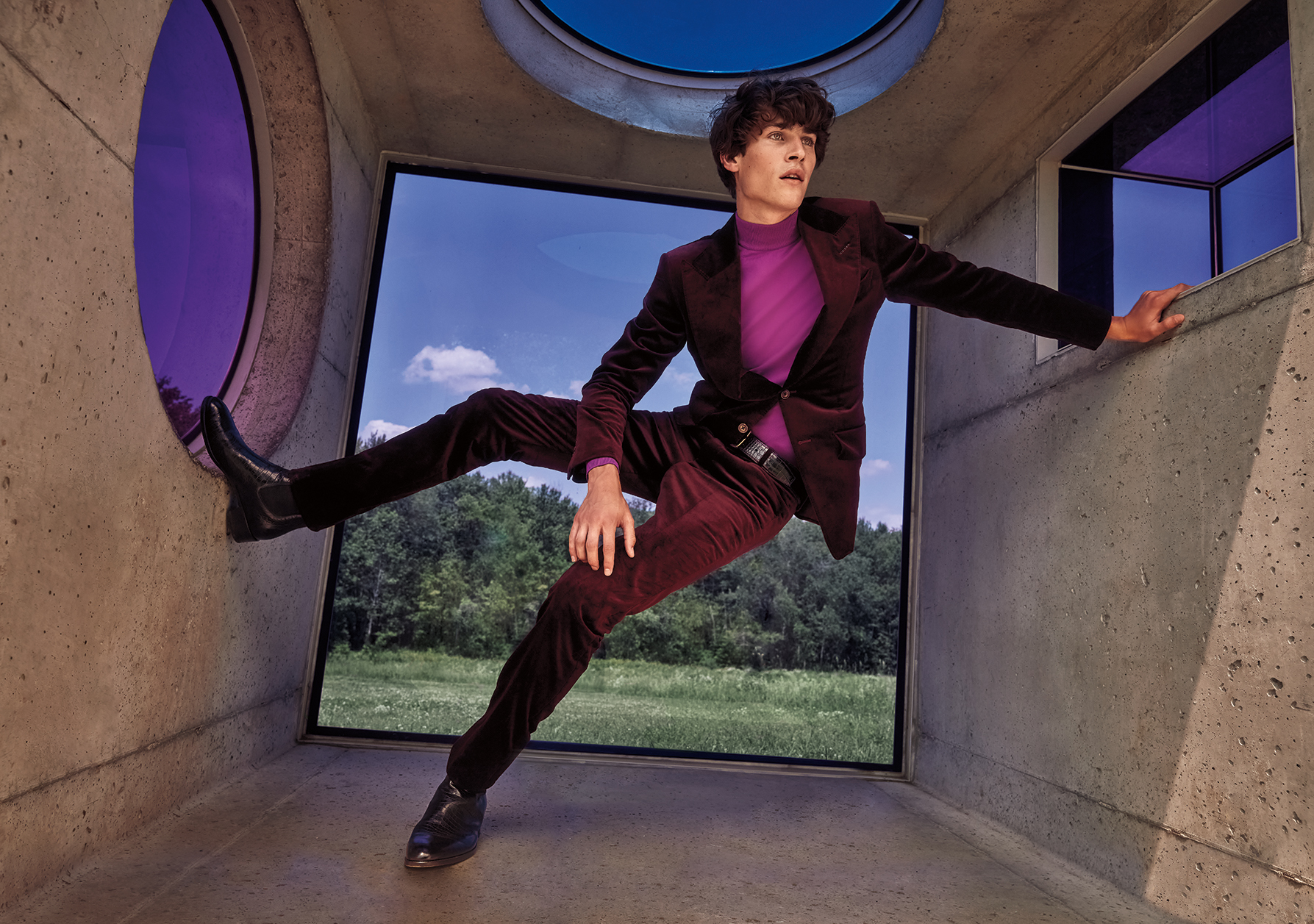 The campaign was shot on location in Art Omi’s sculpture and architecture park in upstate New York, on the Million Air runway in Dallas and in-studio.

A video filmed in Neiman’s Paramus, N.J. store and in a Long Island mansion starts with individuals by themselves at home in rather depressive states, but the mood quickly shifts with dancers choreographed by Amy Gardner as if reemerging into the outside world — and back at Neiman’s interacting with the luxury store’s own style advisers. 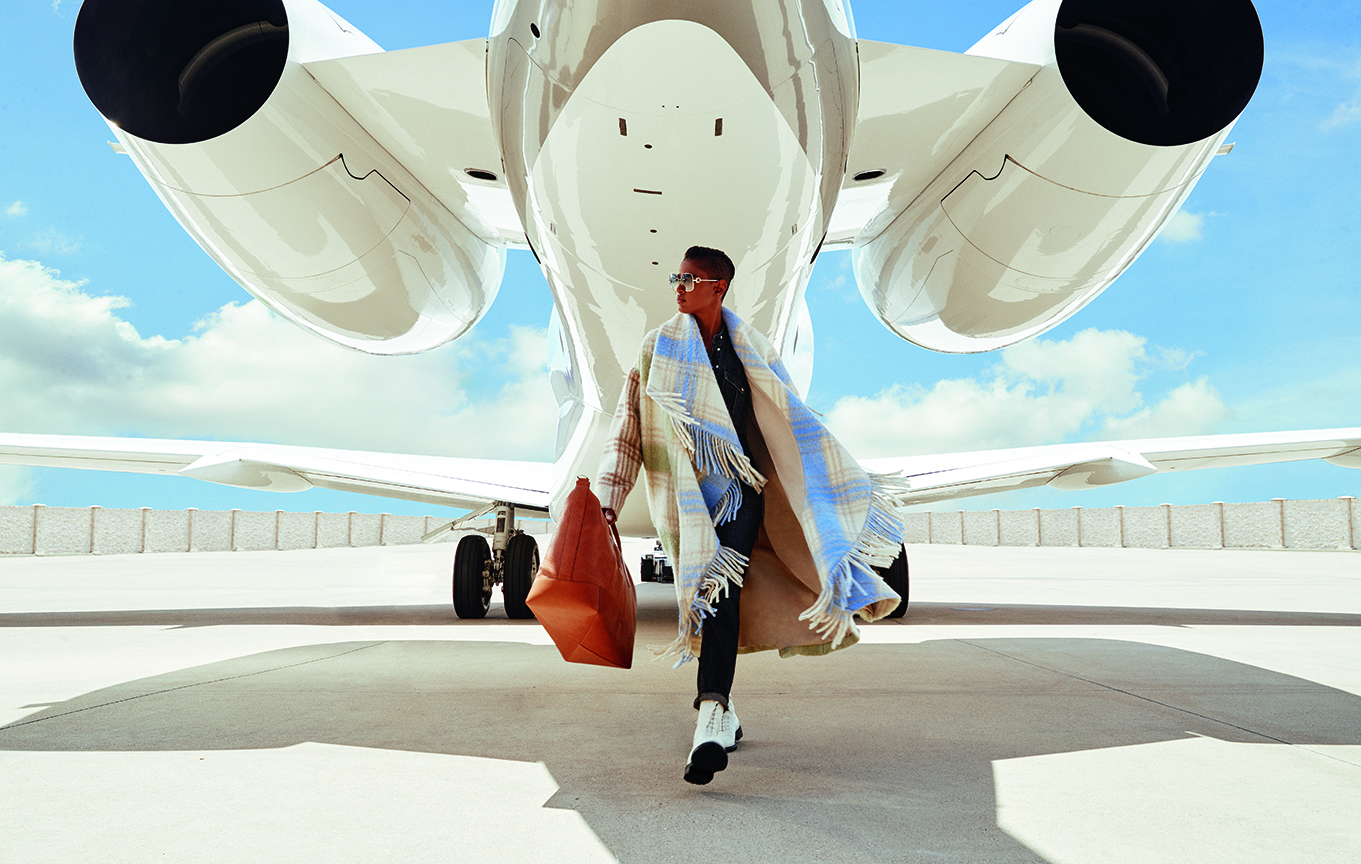 A Cinq à Sept cape in the Neiman’s campaign.

“We see it as a metamorphosis of our lives,” McColl said, referring to the video and the campaign overall. “Our lives have been on pause. Our styles have been on pause, and we have not been living in the world we typically love. But the campaign shows our customers getting reintroduced to the world, and with style.…It’s an awakening, from a quiet self-existence to reconnecting with the world.”

The 90-second video, also shown in 60-, 30- and 15-second versions, features a range of intimates, leisurewear, evening styles and, as McColl put it, “more expressive fashion design.” The video was directed by Anaïs La Rocca and produced in partnership with The Mill Agency.

Neiman Marcus, which emerged from bankruptcy in September, didn’t publish its catalogue last fall, but it’s back this season and under its former name “The Book,” which was dropped for several years and for awhile just replaced with Neiman Marcus on the masthead. Neiman’s publishes two seasonal catalogues and one Christmas catalogue each year. The fall 2021 edition contains interviews with Gabriela Hearst of Chloé and Virgil Abloh of Off-White and Louis Vuitton, among other content. 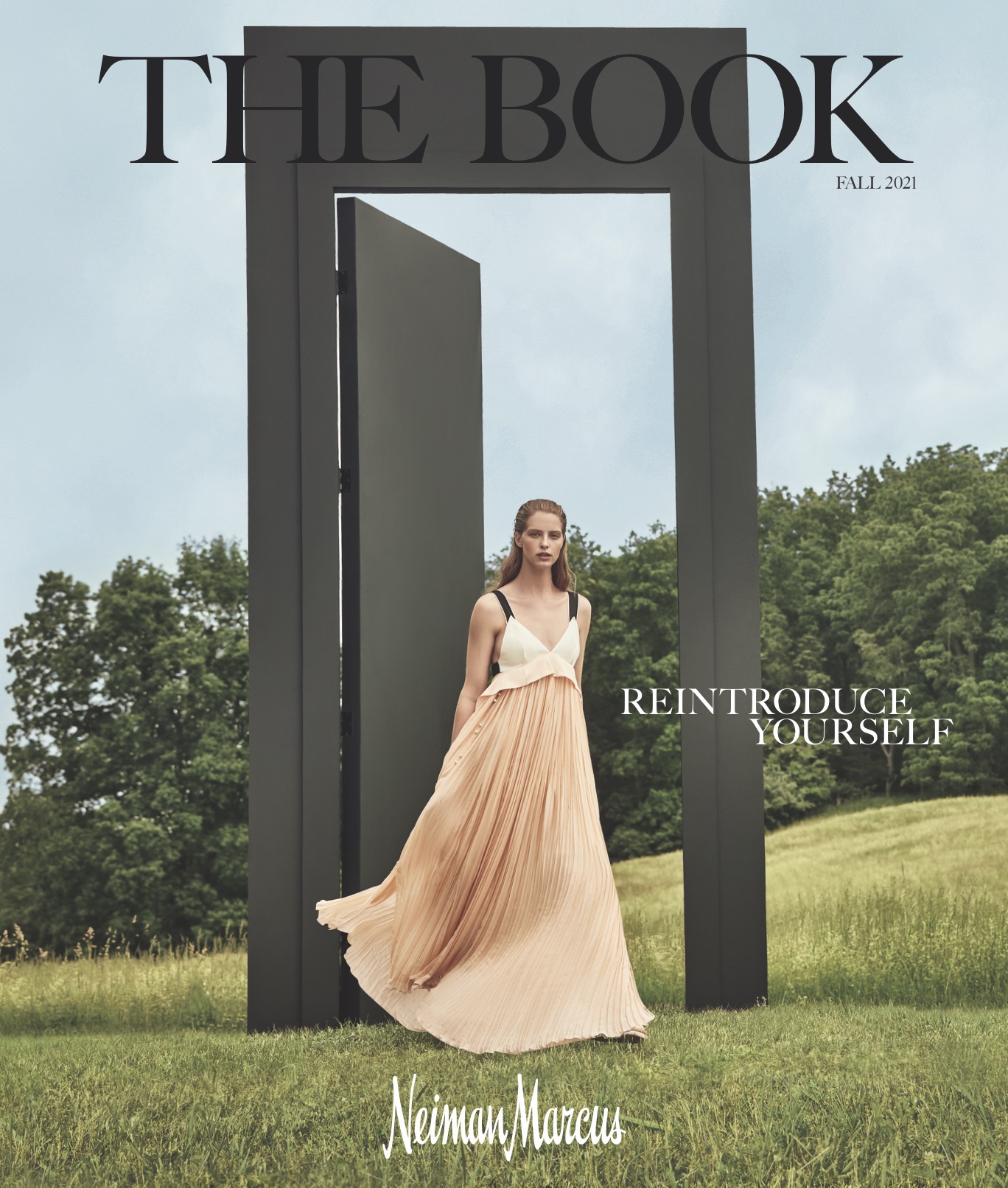 The cover of The Book fall edition.
Courtesy of Neiman’s

The campaign will run through late October when Neiman’s shifts to holiday marketing.

“Like our customers, Neiman Marcus experienced a transformation of our own,” said McColl. “Reintroduce Yourself is an opportunity for us to convey how we’ve evolved and share our reimagined fashion perspective and hopefulness for the future that lies ahead while inspiring our customers to stylishly and confidently follow suit. It marks a new chapter in our story, evident in the way we’ve reimagined our approach to storytelling across all channels starting with our campaign video, which serves as a dramatic expression of human connection being a catalyst for change. Not only is it the first time we have featured real style advisers in a spot, but it’s also an ode to the vitality of their relationships with our customers and commitment to supporting each one in this new era by consistently providing personal and inspirational experiences.”

McColl further characterized the campaign as principally an in-house endeavor, a collective effort of the marketing, merchant, store and customer teams. “It’s a way more dynamic and effective way to work,” McColl said. “It’s a partnership across the organization that creates the work.”

Welcome back to The TechCrunch Exchange, a weekly startups-and-markets newsletter. It’s inspired by the daily TechCrunch+ column where it...
Read
Business

The U.S. and China represent the most significant – and potentially most perilous – bilateral relationship in human history. ...
Read

When it comes to trends, what Hailey Bieber wears, goes. She both...
Advertisment

Welcome back to The TechCrunch Exchange, a weekly startups-and-markets newsletter. It’s inspired by the daily TechCrunch+ column where it gets its name. Want...

The U.S. and China represent the most significant – and potentially most perilous – bilateral relationship in human history.  Given that reality, neither...