The new directive, issued by Masi in the second version of notes that he gave to the teams today, specified the last section of the lap that runs from Turns 17-20 and on to the start/finish line.

The concern is that drivers may back off before a qualifying lap in order to make space and then not be aware of how fast cars are approaching through the series of blind bends.

In specifying a particular section of track Masi is following the precedent established for the Russian GP in Sochi, where a similar warning covers Turns 12-13.

Although it hasn’t been a particular issue at Baku in the past, Masi wanted to pre-empt any possible problems.

Slow driving on qualifying out laps has been also an issue at Monza in the past, although that related to the farce of drivers being backed up and missing their lap rather than safety issues, as in Sochi and Baku.

Masi cited Article 27.4 of the FIA sporting regulations, which refers to driving unnecessarily slowly. It reads: “At no time may a car be driven unnecessarily slowly, erratically or in a manner which could be deemed potentially dangerous to other drivers or any other person.” 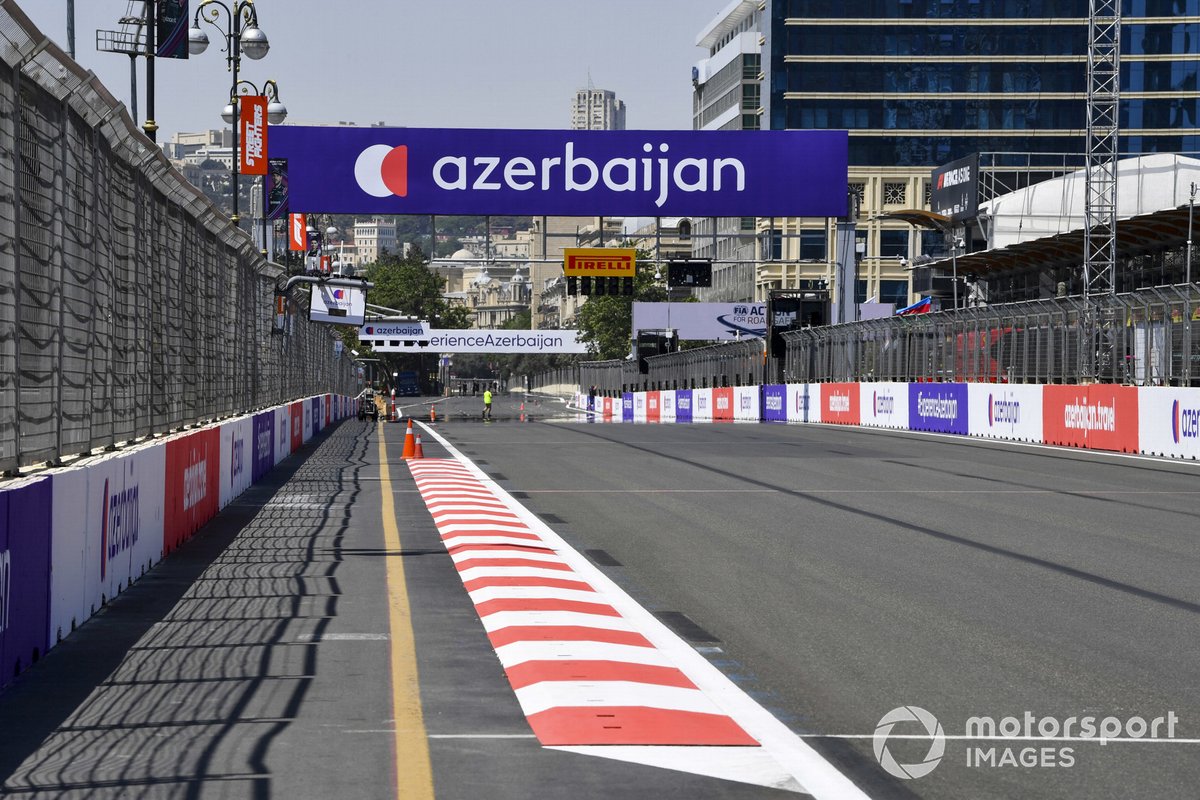 Slow lap times will be judged in comparison with the maximum time between safety car lines that is always published after FP2.

In today’s notes Masi wrote: “For reasons of safety, during each practice session, acts such as weaving across the track to hinder another car may be referred to the stewards.

“During free practice session 3 and the qualifying practice, the time published in accordance with Item 8 [the safety car line maximum time] of the race directors’ event notes will be used as a guide by the stewards to determine if a driver is considered to be driving unnecessarily slowly on an out lap or any other lap that is not a fast lap or in lap.

“For the avoidance of doubt, the pit exit, as defined in Article 28.2 of the F1 sporting regulations is considered a part of the track and the provisions of Article 27.4 apply in this area.”

With specific reference to Turns 17-20 he added: “During any practice session, any driver intending to create a gap in front of him in order to get a clear lap should not attempt to do this between the entry to Turn 17 through to the exit of Turn 20.

“Any driver seen to have done this will be reported to the stewards as being in breach of Article 27.4 of the sporting regulations.”

Previous articleThe burden of heat-related mortality attributable to poor modeling – Watts Up With That?
Next articlesnøhetta and saferock develop zero-carbon concrete for the future building industry

Where are my vaccinated travel lovers at? Although we still have to exercise caution and listen...
Read
Technology

Robot Xiao Cong hosts, talks and plays with students in class at a school in the Zhejiang province of...
Read

Both the song and group are LGBTQ+ icons, with Hamilton’s comments coming after he posted his opposition to...
Advertisment

Where are my vaccinated travel lovers at? Although we still have to exercise caution and listen to all official travel...

Infra.Market, an Indian startup that is helping construction and real estate companies in the world’s second-most populated nation procure materials and handle logistics...

Robot Xiao Cong hosts, talks and plays with students in class at a school in the Zhejiang province of China.VCG | Visual China...

Where are my vaccinated travel lovers at? Although we still have to exercise caution and listen to all official travel...
Read more

Where are my vaccinated travel lovers at? Although we still have to exercise caution and listen to all official travel...
Read more